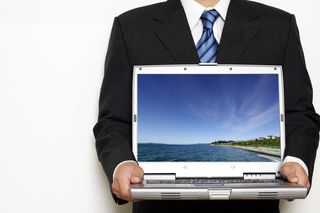 The Florida legislature recently passed a bill that would allow for electronic wills in the state. It has been vetoed by the governor.

Creating legal documents online is increasingly common. Many people today, for example, work under contracts that are created online and digitally signed.

Taxes can now be done online, that require nothing more than a digital signature. There are some people who would like for this trend of creating legal documents online to reach one of the legal documents that has the most formal requirements of them all: wills.

For wills to be valid, they must be executed and witnessed in a specific way.  In particular, in Maryland wills and DC wills must be signed in-person before a witness.  Wills that are not executed properly are not valid.  Consult with an estate planning attorney to ensure that you execute your estate planning documents appropriately.

The Florida legislature recently passed a bill that would allow wills to be created electronically.

The law would even allow the wills to be signed and witnessed electronically.

The governor, however, decided to veto the bill, as the Wills, Trusts & Estates Prof Blog reports in "Florida Governor Scott Vetoes Landmark Electronic Will Legislation."

The governor had several concerns about the proposal and the ability to ensure security.

However, one of the biggest concerns is that the bill would have allowed electronic wills that were not created in Florida to be probated in Florida. The governor was concerned that would allow people to use the law, when there was no actual connection with the state.

Although this particular proposal did not become law, it is likely that in the not too distant future, electronic wills will become legal in some states.