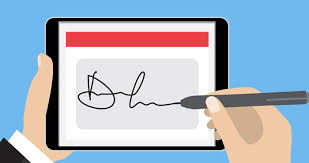 Electronic Wills are around the Corner

Almost all business can now be conducted electronically. Wills are one of the last holdouts, but that is starting to change.
Traditionally, for a will to be accepted as valid in probate court, it had to follow very strict forms and procedures. It needed to be signed and there needed to be witnesses present who could testify that the will was signed. Normally, two witnesses were needed.

Eventually, some states relaxed the strict formalities and allowed other wills to be probated, if it could be proven that the contents of the will were the intentions of the testator. However, some states kept the very strict rules.

That makes it difficult for wills to be made digitally, like most everything else can be today.
The law is now beginning to adapt in ways that will make them possible, as the New Jersey Law Journal discusses in "Electronic Wills: No Longer in A Galaxy Far, Far Away."

In 2013, an electronic will was accepted into probate in Ohio. In that case, the person had digitally signed the will using a stylus and witnesses were present to the signing.

While Florida recently rejected an electronic wills law, Nevada has passed a law that allows them.
In other states, courts are rewriting the rules to allow more non-conforming wills to be accepted, which will eventually pave the way for electronic wills in those states.

For now, you probably do still need to make sure that your will is written on paper and that all of the formal procedures are followed correctly.
That might not be true in a decade.