Duke's Will to Be Unsealed 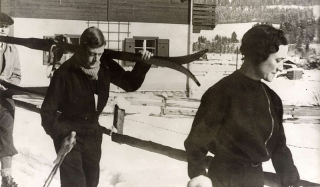 The Duke of Windsor's will has been sealed since his death in 1972. The will of the man once known as King Edward VIII has been ordered unsealed, so copyrights can be determined for a television show.

It is considered one of the biggest acts of romantic love in modern history. King Edward VIII of England abdicated the throne in 1936, so he could marry a divorced American woman named Wallis Simpson.

His title changed from the king to the Duke of Windsor. He passed away in 1972.

The contents of his will were quickly sealed by the court and have never been made public, despite great public and historical interest in them. People are curious whether the will might shed any light on the man's decision to abdicate.

A court in the U.K. has now ruled that the will is to be unsealed as the Daily Mail reports in "Duke of Windsor's will to be unsealed at last… but only so The Crown's writers can get their facts straight."

The Duke's will is only to be unsealed for a limited purpose.

The writers of the Netflix show The Crown would like to use the duke's letters in their show. However, they first need to know who owns the copyrights to those letters, so they can get the necessary permissions to use them.

It is not likely the will's other details will be made public.

For a former king's will to be sealed, is probably a simple matter.

For other people, it is much more difficult since wills are generally a matter of public knowledge.

People who would like to keep their estates private, should see an estate planning attorney for more information about how to do that.

Reference: Daily Mail (Nov. 15, 2017) "Duke of Windsor's will to be unsealed at last… but only so The Crown's writers can get their facts straight."