« Have These Documents Prepared for a Child Headed to College | Main | Roth IRAs Aren’t for Everyone, So Check Your Retirement Income Tax Rate First »

What Is the Fascination with Anthony Bourdain’s Estate Plan? 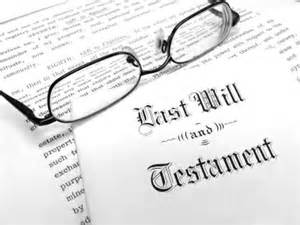 “Ever since his untimely death, the press and the public hasn't been able to get enough of Anthony Bourdain. His name caused another commotion this week, when his will was probated in New York.”

There’s something about a rebel who lives life on his own terms that is like a magnet: it’s sometimes hard to turn away and that’s how many are responding to celebrity Anthony Bourdain’s passing, according to the Forbes’ article “How Anthony Bourdain’s Estate Plan Reflected the Two Most Important Parts of His Life.”

Reports that his net worth was only $1.2 million grabbed a lot of attention. It shouldn’t have surprised anyone, because Bourdain regularly said that until his 40s, he lived paycheck-to-paycheck. What’s really interesting from the estate planning perspective, is how he expressed his wishes in his will. The details became public because it was probated.

Bourdain made provisions for his only child, who will inherit the bulk of his wealth. He also seemed to have been influenced by the enormous amount of travel his career required. What is interesting is that he passed his frequent flyer miles to his estranged wife “to dispose of, in accordance to what she believes to be his wishes.”

Those who travel often and have large frequent flier miles, award points and perks, often overlook them as part of their estate plan. They are often valuable and should be addressed in estate planning.

However, passing along airline points is not as easy as filling out a beneficiary form. Each airline has their own policies, so you may have to fill out a form for each one. Loyalty programs are basically contracts with a company and you’ll need to read the fine print, since not all airlines allow their points to be assigned. The selection of beneficiaries also may be limited by the airline.

Bourdain’s very public profile makes it unlikely any airline would refuse to honor his request to transfer those points. Because he carefully documented his desire to leave his frequent flier miles to a specific beneficiary, it’s even more likely his points will transfer without too much fuss.

Bourdain is proof that even rebels make sure to put estate plans in place.

His will reflects his personality of authenticity and relentless curiously about the world around him. The final message he leaves us with, is to take care of those we love, even as we travel the globe.