« "To Boldly Go Where No Man Has Gone Before": The Gene Roddenberry Estate Plan | Main | Princess Diana's Estate Plan » 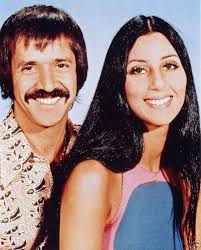 “I’ve got you babe.” Those were the words that the beloved Sonny Bono said to Cher in 1965, 33 years before his tragic death in 1998 from a ski accident. Salvatore “Sonny” Bono was a comedian, a father, a singer, and also a congressman who appealed to to the younger generations as a figure of American singer- songwriters. His fame skyrocketed after he married his second wife, Cher in 1964 and produced a show, “The Sonny and Cher Show,” which featured even their own daughter Chaz(Formerly: Chastity) Bono, who is now a man.

Along with his career, his death also sparked some difficulty. Since he died without a will, his estate was even up for grabs, even for his second wife Cher. Cher sued Sonny’s fourth wife, Mary Bono, and the estate for $1.6 million dollars that was in unpaid alimony. That money consisted of: $25,000 per month for six months, $1,500 per month for child support, and $41,000 in attorney fees. Whether or not Cher collected this money is up for debate even to this day.

By not creating his will, Sonny’s legacy suffered drastically. It was all filled with legal fees and like before it is now up for grabs. Don’t make the same mistake that Sonny did. Create an estate plan.