« Creating An Effective Will | Main | Marketing Tips For Your Law Firm: The Do’s and Don’ts For A Successful Business » 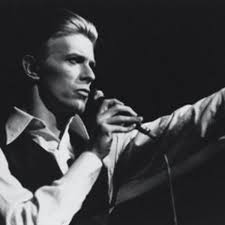 “Under Pressure.” These two words were said by the iconic David Bowie along with Queen singer, Freddie Mercury. Sadly, Bowie died back on January 20, 2016 from liver cancer at the age of 69 in Manhattan, New York City. Many celebrities, including Kanye West and Madonna, reacted with deep sorrow because they had lost the “Chameleon of Rock.” Bowie’s legacy still lives on through his children, Lexi and Duncan, along with his wife and now widow, Iman.

Bowie, initially, left the rest of his residuary estate and the remainder of Iman’s trust to Duncan and Lexi. Lexi was also subjected to her own separate trust until the age of 25. After the age of 25, she would be able to possess all the trusts assets. In the case of Iman’s trust, it did qualify for a full marital deduction, which created Bowie’s estate taxes that were to be managed by the children’s shares of the residuary estate.

Even though Bowie was iconic, his estate plan did suffer some consequences. With the $100 million value of his estate, Bowie did not create lifetime trusts that would have benefited his children. If he had created that trust, his children would have been protected from creditors for either his or her lifetime. It would have also given Bowie the power to use his full GST exemption. Since he did not achieve this step, both Lexi and Duncan did not have a special power of appointment over the trust.

One other mistake that David Bowie made in his estate plan was that he did not institute the decanting procedure, which an authorized trustee, not the grantor, transfers assets from one trust into another trust which contains the necessary changes that will achieve the intended purpose. Since he did not use this process, Iman’s trust could not be transferred from one to another.