« How To Protect Yourself From Getting Into A Lawsuit | Main | Newman's Own: A Paul Newman Estate Planning Story » 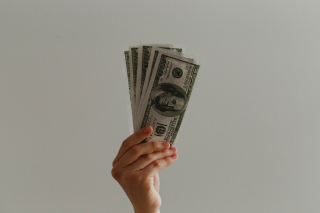 Benjamin Franklin. A thinker. A founding father. An inventor. The creator of the first ever printing press. The author of the renowned Pool Richard’s Almanack. The list could go on and on. Benjamin Franklin was born with a mind like no other. His inventions are still used as references in movies like National Treasure with his bifocal glasses.

Besides being all the things he is known for today, Franklin was very wise back in his day when no one else was. Sadly, some of his wishes were not fulfilled to its initial purpose. For example, he had put together a picture frame with 400 diamonds that he had collected and was supposed to give it to his daughter. He had the initial reaction that his daughter, Sarah, that she should not engage in the expensive, vain, and the useless pastime of wearing those jewels. Those jewels were further noted that she had removed them from the picture frame itself because why not? “Diamonds are a girl’s best friend.”

With this crazy provision made to Franklin, certain aspects of his life had to be put into play. Thankfully, his reputation was not dishonorable and he should be praised for being a wise and thoughtful man to his daughter. Try not to make such crazy provisions like Franklin.